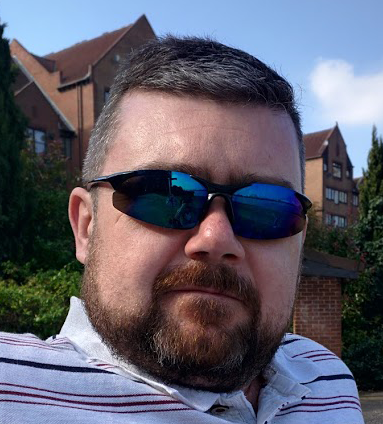 Hi there thanks for dropping by, my name is Neil and this website is my little piece of the internet, a place where I try out some new coding technique, write a review on something or just rant/waffle on about nothing in particular for no other reason than I can!

I built this site using the CakePHP framework as I needed to learn how to use it for another project, so far I'm pretty impressed with it very easy and quick to deploy a website after the initial setup. I have actually managed to integrate some quite fancy stuff with it which I hope to port over to this site at some point soon, most notably a login/registration system I have implemented one on a couple of other sites now and am actually very happy with. The template is based on Twitter Bootstrap simply because I love it and have done for the past couple years now, although that said it will change many times as I try out new things so do let me know what you think.

I have also done quite a bit of C# and VB.NET coding over the years although that and the PHP are all (for the most part) just a sideline to my day job which is an IT consultant, I say IT as my skill set actually isn't really in one area like so many of my peers, it fluctuates and quite frankly I can never really be bothered with all the lastest bull crap that everyone spews, far more interested in the actual tech!

Occasionally I may post some bit of news I came across either because I want to remember it or more often than not i'm testing some new bit of code and it was the closest thing to hand, as writing 500 words is far harder for me than 10,000 lines of code!

I do participate in a few different affiliate programs and you will see various links around the site from them, if you like the site and my unique writing style (which to be honest is still yet to be defined but I've been told it's somewhere between the 1000 monkeys rewriting William Shakespeare and a caffeine addicted manic depressive with torrets!) then please do use them, if not I'm sorry but more importantly what the hell are you doing here in the first place?

Why fluffster.co.uk? Well many many moons ago I was given the nickname 'fluff' and its kind of stuck ever since, I bought the fluffster.co.uk domain name one night after way too much wine and never really did anything withit. So I though, I know i'll chuck a test site on here and play about with snippets of code and talk shite, and Roberts your fathers brother this site popped into existance.

I will try and revisit this page from time to time and update as the need arises or my writing skills increase to a level where I can put 500 words together and sound somewhat intelligent but for now this is all you're getting as its almost beer o'clock :)