So it's December and almost Christmas and I need to get my finger out of my neither regions and start getting on with getting Christmas presents!

I only really buy for the kids these days as I have enough socks/pants and saves me loads of grief (not to mention money) running around trying to find presents for everyone, usually at the last minute.

Asking what they want is hard enough job on it's own, kids these days seem to want everything guess that's what too much TV/Internet does to you. I remember in my day would be an Action Man with the eagle eyes for the boys and a Barbie for the girls, maybe a bike if you was really lucky.

Speaking of Barbie that's exactly what the girls requested, I did think god is that still going?

Hmmm I thought and promptly ignored the important work I was supposed to be doing and did a little search on Barbie, turns out it was launched in 1959, WOW did not know that.

There has been a string of law suits, parodies and god know what else over the years, not to mention some rather weird and wacky dolls like the Oreo Fun Barbie, pretty sure that one wouldn't be launched in this day and age!

Another thing I was blissfully unaware of is the whole collecting Barbie, seems there is a small army of people out there avidly collecting Barbie dolls. Seems Mattel have even jumped on the collecting bandwagon by releasing a coloured tier system for their dolls depending on how many where produced, here's an excerpt from wikipedia explaining the craziness:


Mattel estimates that there are well over 100,000 avid Barbie collectors. Ninety percent are women, at an average age of 40, purchasing more than twenty Barbie dolls each year. Forty-five percent of them spend upwards of $1000 a year. Vintage Barbie dolls from the early years are the most valuable at auction, and while the original Barbie was sold for $3.00 in 1959, a mint boxed Barbie from 1959 sold for $3552.50 on eBay in October 2004. On September 26, 2006, a Barbie doll set a world record at auction of £9,000 sterling (US $17,000) at Christie's in London. The doll was a Barbie in Midnight Red from 1965 and was part of a private collection of 4,000 Barbie dolls being sold by two Dutch women, Ietje Raebel and her daughter Marina. In recent years, Mattel has sold a wide range of Barbie dolls aimed specifically at collectors, including porcelain versions, vintage reproductions, and depictions of Barbie as a range of characters from film and television series such as The Munsters and Star Trek. There are also collector's edition dolls depicting Barbie dolls with a range of different ethnic identities. In 2004, Mattel introduced the Color Tier system for its collector's edition Barbie dolls including pink, silver, gold and platinum, depending on how many of the dolls are produced. 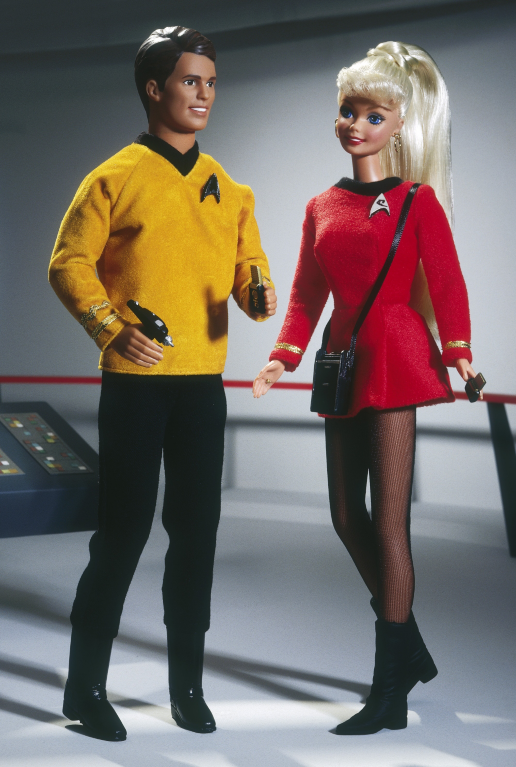 Now back to reality and the fact I need to go find some new Barbie items for my niche and daughter, simple I thought quick search online click, click, BOOM sorted. Errr no, seems it's a bit more complicated than that, I need to find the 'right' bloody doll with the right dress and/or gadget whizzbang thingy wotsit.

It seems there are like 1000 different varieties of these bloody dolls and as is always the case (at least for me) the one you have been tasked to get is out of stock everywhere apart from 1 small shop on the dark side of the moon, which is only open for 2 hours when it's a full moon and the sun is in line with Saturn! Needless to say I'm now planning a full blown expedition to said shop, taking enough supplies for a least a month and wearing a stab vest and Kevlar helmet just in case....

I'll hopefully survive the trip and update the post when (if...) I get back.

Posted on 2015-12-12 14:10:59 by Neil M
Neil is the name and writing reviews is my game, well OK maybe not my game but I do enjoy writting the odd one! An IT Consultant by trade, adventurer by heart and dad by accident (not really love you kids x x). I created this blog to share my experiences with various products/services, musings on code/tech stuff and sometimes I even throw in a bit of something else...