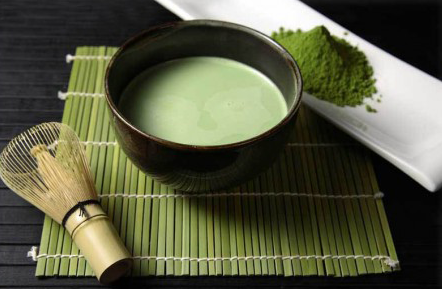 I have been a big tea drinker for many years, starting off with the basic PG Tips/Typhoo of my youth and progressing through to Yorkshire tea and various other stronger brews. A few years back I was working silly hours and the job was highly stressful which was affecting my sleeping patterns as well as my general mood, my doctor eventually told me to cut out caffeine and try some herbal/fruit teas instead. Great I thought, there goes my morning brew and in comes some hipster crap that tastes like horses butt...!!

The first couple i tried didn't fare well and ended up drinking more caffeine as I switched to coffee for a bit, then my boss at the time got me a box of Pukka Night Time Tea, "A unique organic blend of calming herbs with soothing properties to help you unwind and get a peaceful night's sleep", with instructions to have one a little while before i go to bed, again a little (err a lot) sceptical i took them home and gave it a try.

I was actually quite shocked as it was the first time in ages that i actually got a decent bit of sleep!

So i spent a few weeks try those at various different times and was quite pleased with the results, i.e. some damn sleep! So I thought let's try some others again, I got some lemon and ginger, summer fruits, various mint ones some I liked others i just left in the staff canteen area hoping someone would drink them or burn them.

I'd heard good things about green tea so got a few different ones of those and quite liked them, in fact so much i ended up at an Asian supermarket/cash and carry place talking to one of the assistants about the different types of tea. How my life has changed gone are the all night benders and hedonistic lifestyle, in with discussions about tea with complete strangers and actually enjoying it...!!

Any hoot up shot of that was some nice Japanese jasmine tea and something called Matcha Tea, now the later was a little weird looking when you compare it to the tea bags and loose green tea you get as it was a bright green powder.

Here's what Wikipedia has to say about it:

Matcha is finely ground powder of specially grown and processed green tea. It's special in two aspects of farming and processing: The green tea plants for matcha are shade-grown for about three weeks before harvest, and the stems and veins are removed in processing. The traditional Japanese tea ceremony centers on the preparation, serving, and drinking of matcha. In modern times, matcha has also come to be used to flavour and dye foods such as mochi and soba noodles, green tea ice cream and a variety of wagashi (Japanese confectionery). The former is often referred to as ceremonial-grade matcha, meaning that the matcha powder is good enough for tea ceremony. The latter is referred to as culinary-grade matcha. However, there is no standard industry definition or requirements for either. Different matcha manufacturers might provide their own definitions. Blends of matcha are given poetic names called chamei ("tea names") either by the producing plantation, shop or creator of the blend, or by the grand master of a particular tea tradition. When a blend is named by the grand master of a tea ceremony lineage, it becomes known as the master's konomi, or favoured blend.

So whats all this Matcha stuff about then?

Well i can honestly say after drinking it i feel like i have more energy than I do if I had a normal coffee and more mentally alert, it has a rather pleasant flavour and is pretty easy to make. It also quite versatile too, I like 90% of the western world succumbed to the juicing fad and make the occasional morning smoothie and i found dumping some Matcha tea into the mix gives you that added kick of the matcha with all those lovely fruits and veggies.

There are also a ton of recipes online, but to be honest I'm not really into all that myself, a spoonful in a smoothie is about as adventurous as i got but defo recommend Matcha Tea, it's not just another 'fad' it actually tastes pretty good, naturally low in caffeine (this is a good thing!) and has tons of those anti-oxidant thingy's we're constantly told about.

I would say that you'll need to ensure you get a decent one, look for ceremonial grade and try to steer away from some of the Chinese ones; apparently the tea is grown in some kind of contaminated ground or something? I'll try and find out more on that and update this post

Update: Check out Holland & Barrett, popped into a store recently and found they had quite a selection of Matcha Tea's, they also usually have some great deals on like their buy one get one half price or the next on e for a 1p. Pop in to a shop near you or click the banner below

Posted on 2015-11-09 20:36:06 by Neil M
Neil is the name and writing reviews is my game, well OK maybe not my game but I do enjoy writting the odd one! An IT Consultant by trade, adventurer by heart and dad by accident (not really love you kids x x). I created this blog to share my experiences with various products/services, musings on code/tech stuff and sometimes I even throw in a bit of something else...